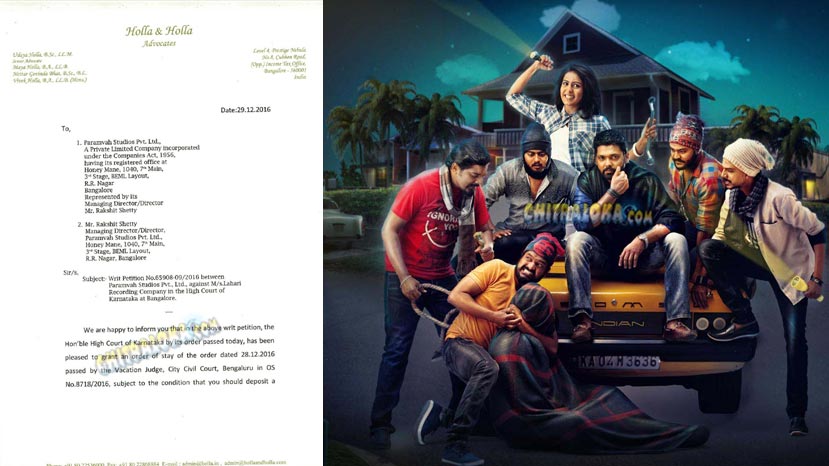 The Karnataka High Court has allowed the release of Kirik Party with the song 'Hey Who Are You' song. Lahari Audio had brought a stay order on the release of the film from a civil court yesterday. However with the high court allowing the film, the song will be included.

However it will take a few more days to add the song as all the uploading of satellite telecast links have been completed without the song. Sources said that the high court has asked the film producer to deposit Rs 10 lakh as security deposit in the civil court to use the song. If the case goes in favour of Kirik Party the money would be returned to them.

Come What May, Kirik Party Will Release