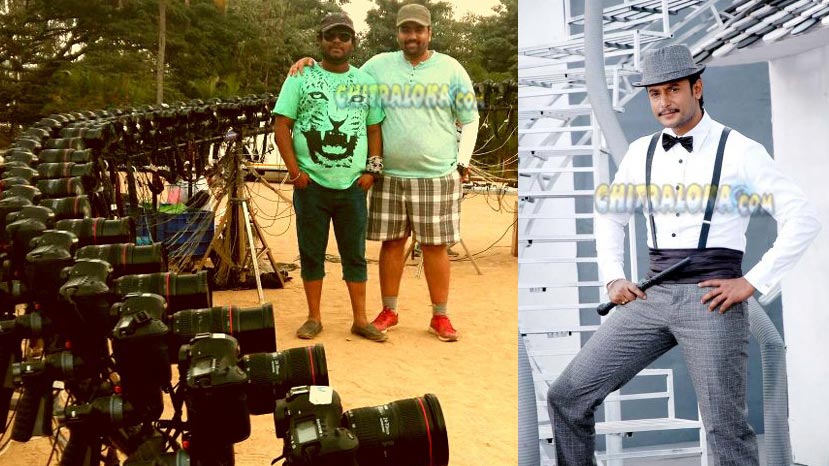 The costliest shooting in Kannada films has been completed. Shooting just 24 seconds for the film Chauka cost Rs 34 Lakhs excluding remuneration and other daily costs. It took three days to shoot the 24 seconds.

For the first time in Sandalwood bullet time scene has been shot and Darshan has become the first Kannada actor to be part of such scene. 50 cameras from Singapore and other equipment from Mumbai was used

for the shooting. It was an action scene. The film is directed by Tharun Sudhir and produced by Yogish under the Dwarakish Chitra banner. The 50th film of Dwarakishchitra is also a multistarrer with Diganth, Nenapirali Prem, Prajwal Devaraj and Vijaya Raghavendra. Darshan plays a crucial role in the film. The cost of the 50 cameras used for the shooting was Rs 8 Lakhs per day. The payment for the over a dozen crew who handled them was separate.