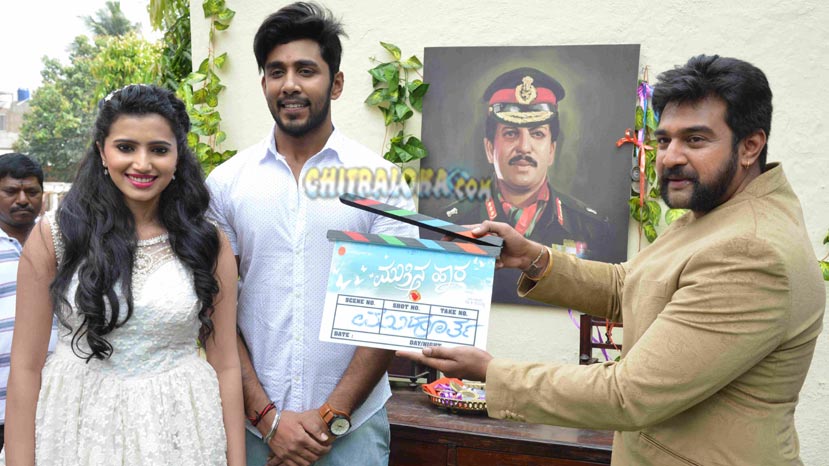 Prithvi's debut film 'Naanu Mattu Varalakshmi' is all set to be released next week. Meanwhile, his second film 'Muttina Hara' was launched at the Kanteerava Studios on Thursday morning.

Many of film personalities including K Manju, Lahari Velu, Bullet Prakash, Rishika Singh, 'Naanu Mattu Varalakshmi' producer Manjunath and others were present during the launch of the film. Chiranjeevi Sarja sounded the clap for the first shot hereby launching the film.

The film is being directed by debutante Rishi Ramaiah and produced under the Sindhura Creations banner. P L Ravi is the cameraman, while Ajaneesh Lokanath is the music director.