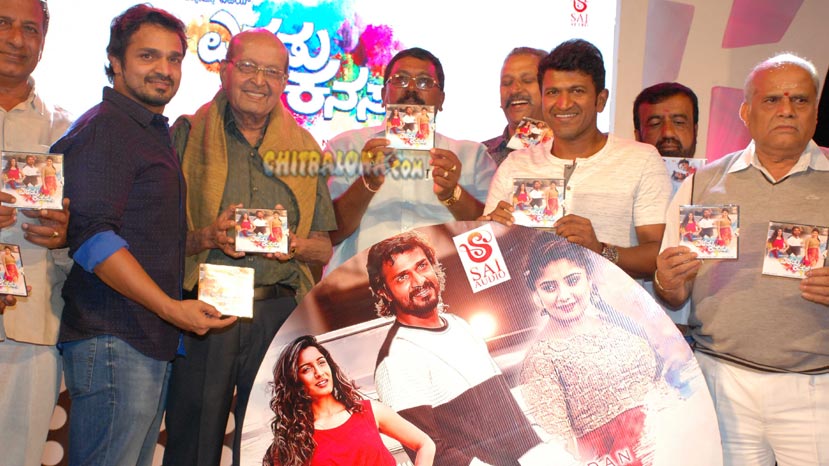 Actor Puneeth Rajakumar on Monday evening released the songs of Vijaya Raghavendra starrer 'Eradu Kanasu' at the Chowdaiah Memorial Hall. The songs of the film are composed by Steve Kaushik.

The audio release of 'Eradu Kanasu' was attended by Puneeth Rajakumar, S A Chinnegowda, Bhagavan, K S Sridhar and many others. The songs of the film has been released by Sai Audio.

'Eradu Kanasu' is being directed by Madan, a student of Adarsha Film Institute. His father Ashok Kumar is the producer of the film. Steve-Kaushik are the music directors. Karunya Ram and Krishi Tapanda play female leads to Vijay Raghavendra.