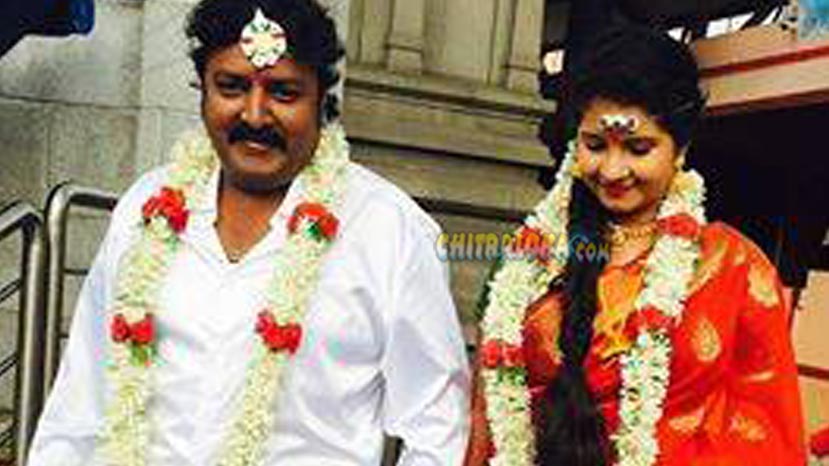 Lyricist turned director Nagendra Prasad and actress Shubha Poonja has denied the marriage rumours about them and has said that they have not married.

On Wednesday morning there was a rumour that lyricist Nagendra Prasad and Shubha Poonja got married in a temple and there was a photo as a proof of their marriage. However, both have denied the rumours saying that the photo is from their new untitled film.

'I am acting with Nagendra Prasad in a new untitled film and in that film, there is a scene where we both get married. The scene was shot recently and someone has released the photo in the social media. We are not married and it is a scene shot for the film and nothing else' said Shubha Poonja.