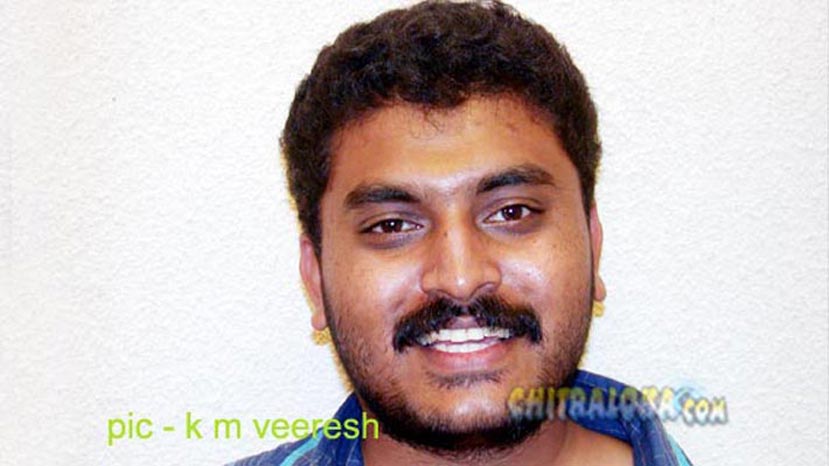 Bharat who had earlier directed Kannada film Kanti was supposed to have directed   Golden Star Ganesh starrer  Mareyuva Munna  which was to be produced by Nimishambha Chandrashekhar who had made successful  films like Annaiah with Ravichandran, Bindaas with Puneet Raj Kumar and Karpooradha Gombe  with Ramesh and Shruthi.  But now we hear that the director has been sacked and Chandrasekhar has been searching for a new director for his film with Ganesh.

The news that Bharat has been kicked out of the project has been revealed by none other than Chandrashekhar himself.  In a chat with Mega Portal Chitraloka.com, Chandrashekhar said he has taken an uncomfortable decision to sack his director who was working for the project for more than six months. "I had no other alternative than to sack this highly arrogant, inefficient and egoistic director because he was doing precisely nothing but boasting about his capabilities.  The only thing he did was to convince Ganesh of his story, but he had not done proper script work for the film. And he has taken nearly four to six months to search for the locations for the project. He would invariably criticize all the Kannada film producers and tell that Kannada film industry is losing out only because producers have no brains.   I was tolerating him for all these days thinking that he may improve, but things went from bad to worse in the recent days. I decided to sack him' said Chandrashekhar.

Bharat had earlier directed Murali-Ramya starrer Kanti which was appreciated by the media for its fresh approach in narration.  Though the film did not do well in the Box office, the film's director was described as a bright prospect by the media critics.  But the director had to wait for nearly six to seven years to get his second film.   He was lucky enough to get a good break in Mareyuva Munna.  But now  he has been sacked by his own producer  who vows never to repeat such arrogant directors.

"I have worked with directors like D.Rajendra Babu,  S. Mahendar,  Shivamani and many others.  But I have never seen such an arrogant  director in my life.  He is one person we can say who talks more and works less.  He did not work properly though I tried to provide all the things he had asked.  I lost my patience and had to sack him' says  Chandrashekhar.

Bharat was not available for comment.  Chirtaloka.com will certainly provide a platform to give his version of the whole story.  It is better for Bharat to come out with his version and reveal the whole story as  he has been unceremoniously removed from the director's chair.