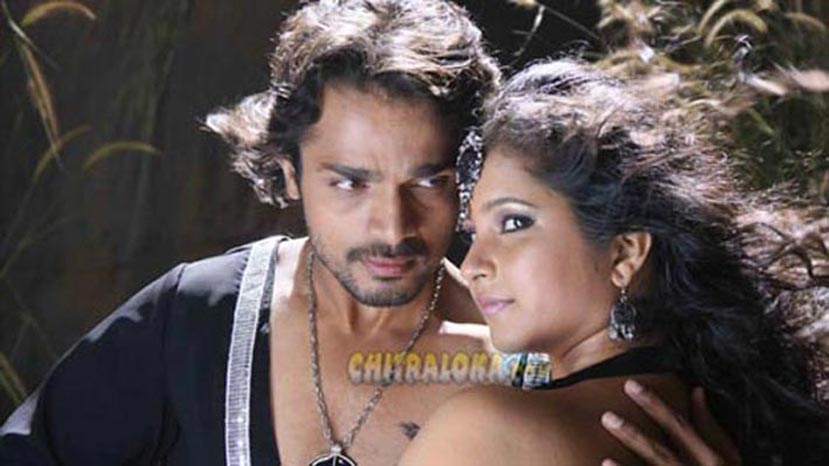 Leading producer Anaji Nagaraj  has been able to sqeeze in his film Golmal directed by actor and director Pramod Chakravarthy for a release all over the state on October 26. Golmal is a full length comedy film that has Vijaya Raghavendra and Shubha Poonja in the lead.   Rangayana Raghu, Sanketh Kashi, Petrol Prasanna, Om Prakash Rao and others are also playing important roles in this comedy film.

Giri is the cinematographer while Rajesh Krishnan is the music director. Sensing that Challenging Star Darshan's Kranti Veera Sangolli Raayanna will not be released on October,  Anaji used the Holiday season to his advantage to get his film "Golmaal' made with a moderate budget to get released on that day.  He is releasing the film on Percentage basis in all the theatres which has ensured a some part of collections to his kitty.  Despite lack of good publicity for the film, now Golmal has become a safe proposition which also ensures some profits for producer Anaji Nagaraj.  If the film runs well in the Holiday period, which starts from Bakrid on Friday to Kannada Rajyothsava day on Thursday, then it will be a big advantage for the him.

The film may also give a much needed break to talented actor and director Pramod Chakravarthy who showed his spark as a director in Shivaraj Kumar's film Sugreeva in which he had directed all the portions shot in the big hall of the Hospital.

Pramod Chakravarthy says that the film is a full length comedy which has been written by him.   "I have pictursed one song for this film. There was space for picturisation of two songs, but Anaji said that one song is enough for  this film which engages the audience with its high voltage of comedy sequences. I had to agree with him.  But I promise that the audience who watch the film will not be disappointed with the quality, though it has been made with a reasonable budget' says Pramod.