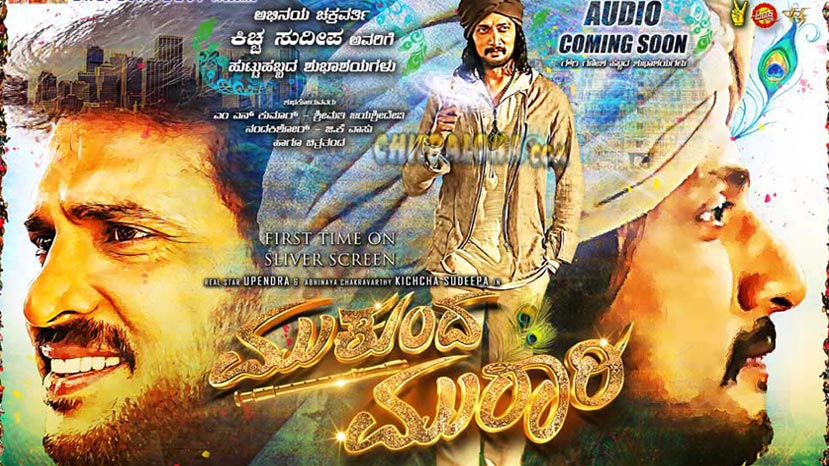 Upendra and Sudeep starrer 'Mukunda Murari' will be releasing on the 28th of October. Meanwhile, the audio of the film will be released on Sunday.

Yes, the audio of the film will be released on the 16th of October and  well known composer Arjun Janya has composed the music for the film.

'Mukunda Murari' is directed by Nandakishore and already the film is in the post-production stage. Apart from Upendra, Sudeep, Nikitha, Ravishankar, Avinash, Devaraj and others have played prominent roles in the film. The film is being produced by M N Kumar.