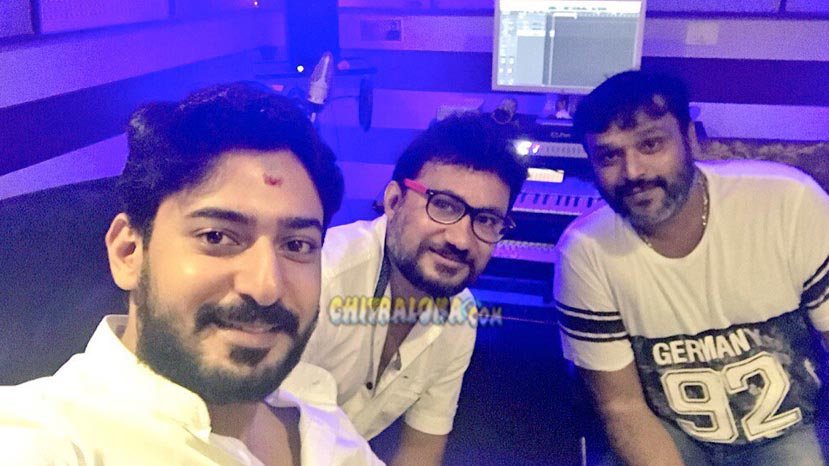 The song recording for Prajwal's new film 'Taakre' started on the festival day of Vijayadashami in Bangalore.

Sridhar Sambhram is the music composer of the film and Sridhar along with actor Prajwal Devaraj and director Guru Deshapande was present during the song recording pooja of the film.

'Thackeray' is being produced by M N Kumar under the MNK Movies and the film is presented by Jayashree Devi. Apart from Prajwal Devraj, V Ravichandran also plays a prominent role in the film.

The film is likely to be launched on November 01st in Bangalore.