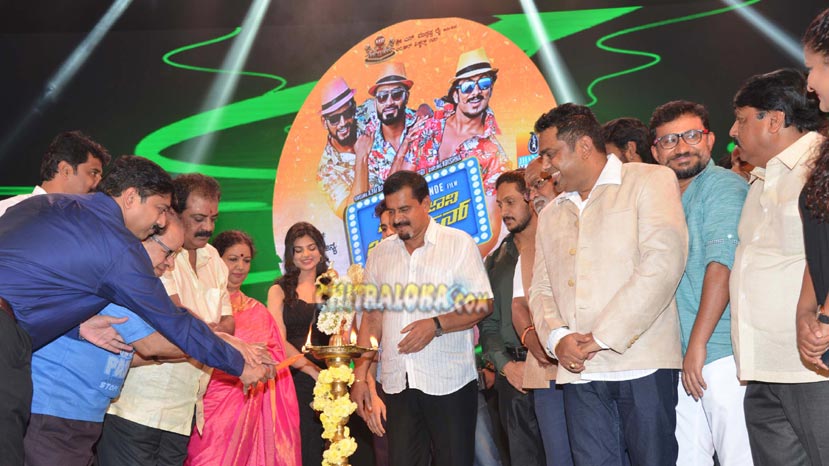 The songs of 'John Jaani Janardhan' composed by Arjun Janya was released at the Chowdaiah Memorial Hall on Monday evening. Muttappa Rai, Malasri and others were present during the audio release of the film. 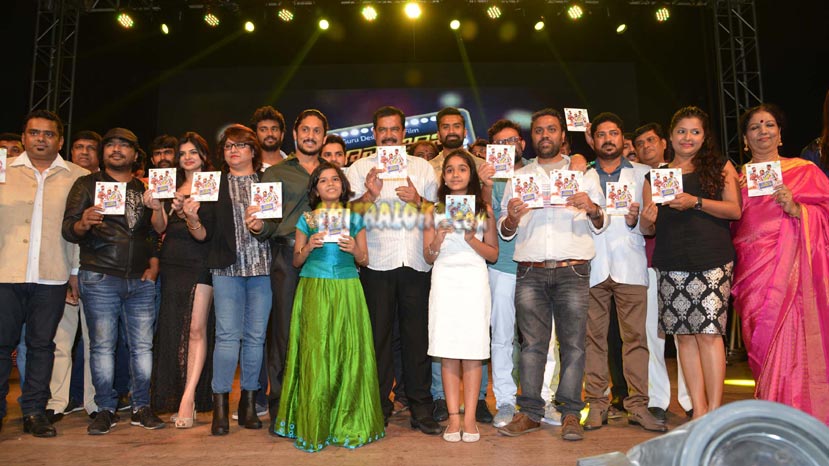 Guru Deshpande is the director of 'John Jaani Janardhan', while Padmanabh, Shashikiran and Girish has produced the film. The film which stars Ajay Rao, Yogi and Krishna is an official remake of the Malayalam hit 'Amar Akbar Antony'. Kamna Ranawat and Malasri also play prominent roles in the film.