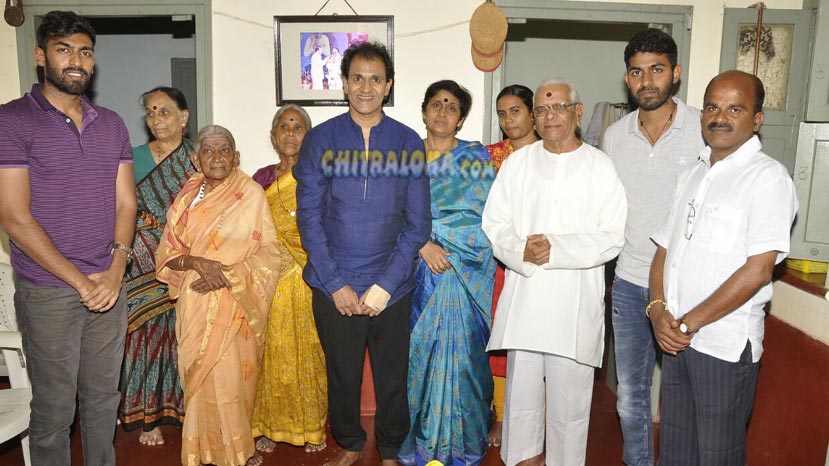 The family of Raghavendra Rajkumar including his son Vinay Rajkumar visited the home of Tiptur Ramaswamy, the close friend of the late Kannada icon Rajkumar. Tiptur Ramaswamy and Rajkumar were close friends for 60 years. They became friends when Rajkumar was working in the Gubbi theatre company and had not even become a film actor. Their friendship continued till the death of Rajkumar. Rajkumar used to visit Ramaswamy's house at least once in a year. That tradition was continued by Rajkumar's family members after the death of Rajkumar. But in the last two years, they were unable to visit him. 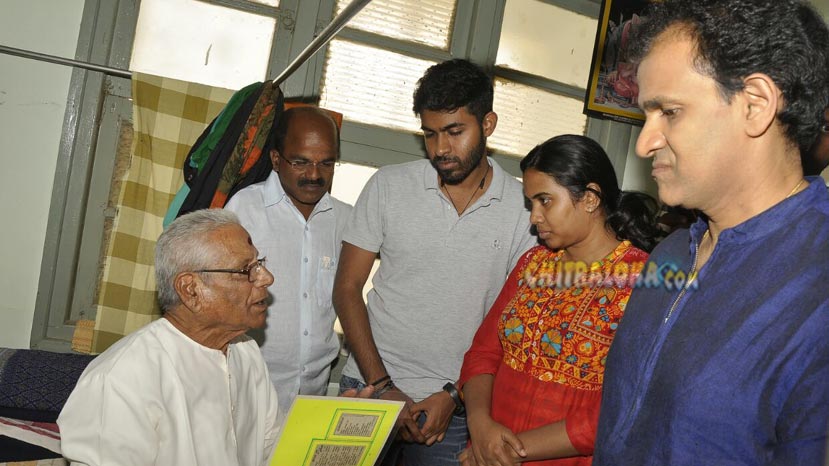 In the last few days Ramaswamy's health also was not well. Raghanna and others visited Ramaswamy and stayed with him for a few hours this evening reminding of the good old days. Ramaswamy was a writer and journalist and was the first journalist to write about Rajkumar after he bagged the lead role in the film Bedara Knnappa. Their correspondence continued over the years and led to a deep friendship between the two. Even when he was abducted by Veerappan, Rajkumar sent a voice recording to his friend.

When Rajkumar was given the Dadasaheb Phalke award, Rajkumar took Ramaswamy to Delhi when he was given the award. Ramaswamy was the first person to predict that Rajkumar would become a very great actor when he saw him acting in the play Kurukshetra in Gubbi Company.