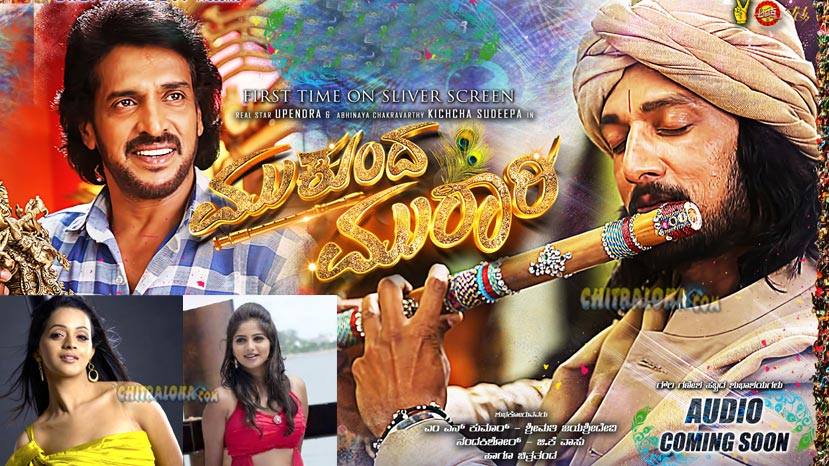 The final shooting for the Upendra-Sudeep starrer film Mukunda Murari will start from Tuesday. A song portion is pending for the film which will be shot and participating by both Upendra and Sudeep along with Bhavana (of Jackie fame) and Rachita Ram.

Upendra's schedule is only for one day. With this song, the entire shooting of the film will be complete. The movie is expected to be released by the end of this month. A huge and expensive set for the song is being erected in a studio in Bengaluru. The film is produced jointly by Sudeep's Kichcha Creations, N Kumar and Jayashree Devi.