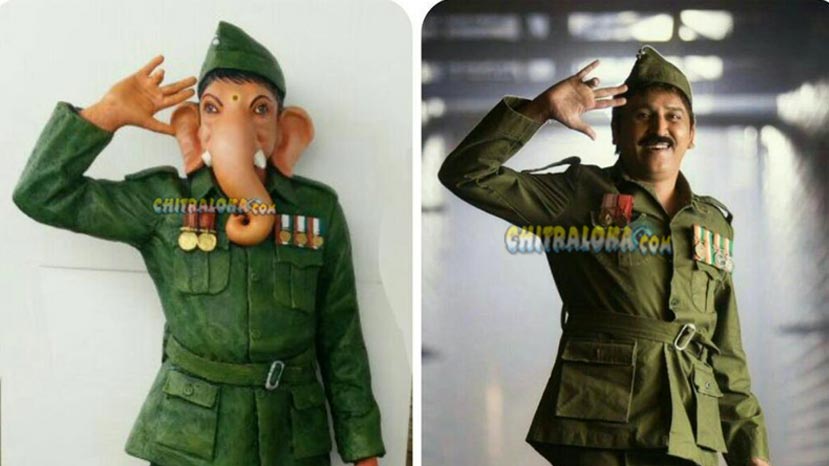 Ramesh Aravind's 100th film 'Pushpaka Vimana' has become so famous that an idol of Ganesha resembling Ramesh Aravind's famous posture from the film has been made as an idol for the Ganesha festival.

Yes, 21 Ganeshas which are in the posture of Ramesh Aravind saluting has been made and many associations across Karnataka will be displaying the idols during the celebration in the coming days.