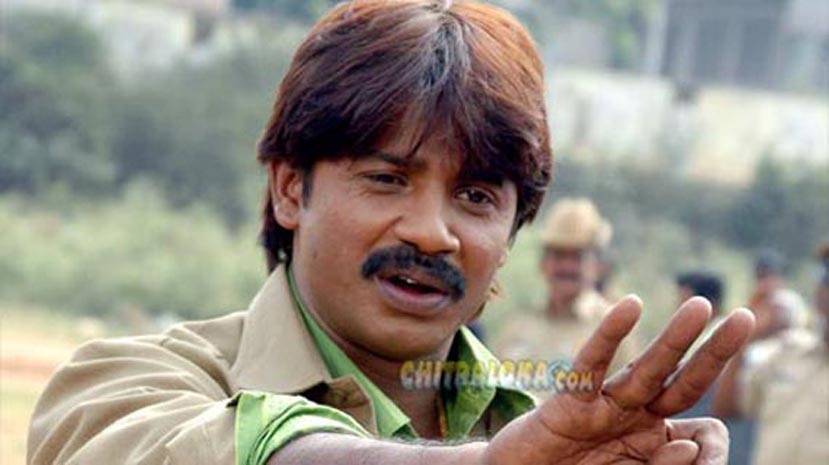 Action hero Vijay cut his birthday cake on Thursday, the 20th January in his office in presence of many of his fans, well wishers and friends, film producers and directors. His birthday celebrations has enthused his fans just at the time when his hugely expected film Kanteerava directed by Tushshaar Ranganath is hitting screens on Friday.

Producer Jayanna, Ramu, Gangadhar, directors Preetham Gubbi, Tushaar Ranganath and others were present during the birthday celebrations. Meanwhile, Vijay will be starting shooting for his new film Jarasandha directed by Shashank from February 1. The film will be launched on January 28 in Bengaluru.

By that time Vijay would have finished work for two songs of his forthcoming film Johny Mera Naam, Preethi Mera Kaam directed by Preetham Gubbi which will be picturised in Bangkok. The Talkie portions of Johny Mera Naam has already been finished now. Along with Kanteerava, three more films of Vijay will be releasing this year. His forthcoming release is Veera Bahu produced by Sandesh Nagaraj and directed by S Mahendar.