Radika Chethan's Never End To Be Premiered On 20th August 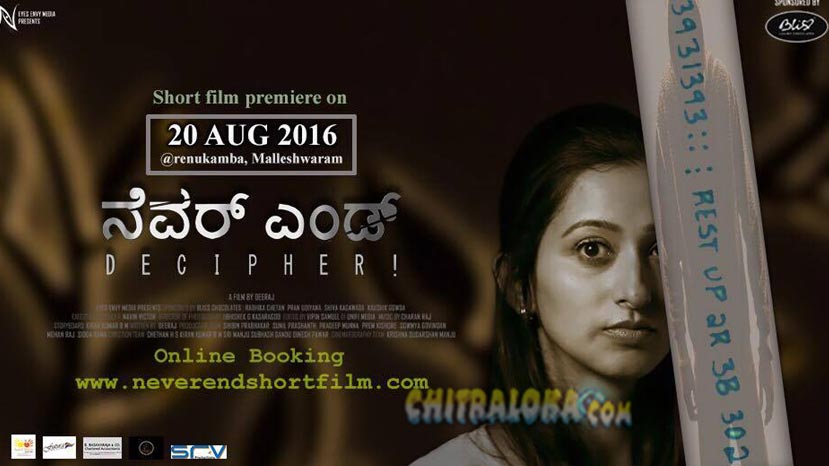 After 'U Turn' actress Radhika Chetan is silently back with a new film and the film which is titled as 'Never End' is all set to be premiered on the 20th of August.

Like her previous two films, 'Never End' is not a feature film, but a short film being directed by newcomer Dheeraj. One of the highlights of the film is, Radhika Chethan is playing the role of a CBI officer in the film.

Radhika Chethan says she doesn't mind acting in short films. 'As an actress, I don't look upon whether it is a feature film or a short film, but I look upon my role and nothing else' says Radhika.