Drama Will Have a Larger Span - Yogaraj Bhat 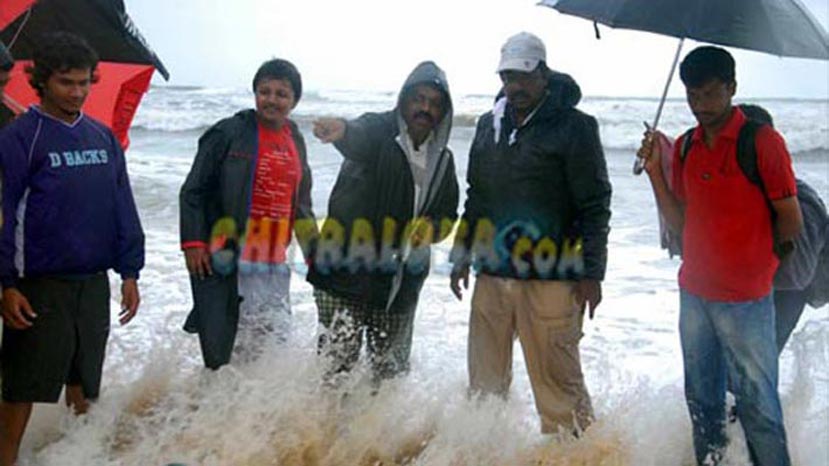 Despite completing two schedules of shooting of his present directorial venture "Drama', Kannada film industry's topline director and popular lyric writer Yogaraj Bhat has not spoken anything about his  new film.  But the film has already created a big hype for many reasons including the big star cast and the lead pair of Yash and Radhika Pandit joining together after their debut pairing in hugely successful and much appreciated "Moggina Manasu'.  And Bhatru was working with his Mungaru Male cinemetographer  S.Krishna after a long gap.

Drama is being produced by Jayana and Bhogeendra who have also produced the still running film Janoo with Yash in the lead role. Hari Krishna is the music director while Deepu is the editor. Yogaraj Bhat would say that he would talk about the movie only after Jaanu gets released.   But still he was not accessible to media and he would return messages implying that  he will call  later.  But that did not happen to many media persons who had similar experiences.

Chitraloka Mega Portal was able to track Yogaraj Bhat who was searching for some outdoor locations in the Coastal areas starting from Ullal to Bhatkal where he has planned to shoot many sequences for the shooting of third schedule which is to start from  June 24.  For any media person, talking to Yogaraj Bhat is a real delight as his feedback on any topic is always interspersed with humour and sarcasm about himself.  Talking about his fim Drama, Yogaraj Bhat said that it has taken a heavy toll on him and he has to see whether there has been any weight loss recently.  "I wanted to leave smoking altogether, but now I  am consuming a little more because of the tension of finding exact locations for the film and finding out right persons for some roles.  Ambareesh anna was a perfect choice, but I had to take a longer time to select right persons for some roles in the film' said Bhat. 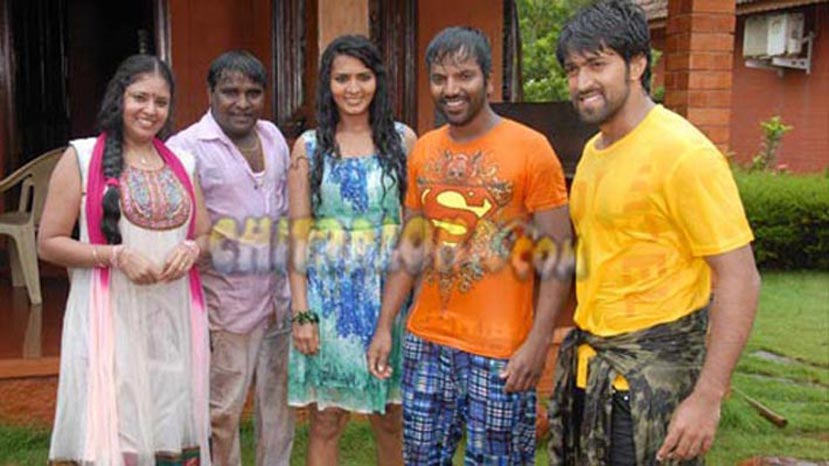 But he is certainly happy that Yash, Radhika Pandit,  Neenasam Sathish and Sindhu Lokanath who have done major roles in the film have all performed very well.   "I am also impressed with Suchayeendra Prasad to Veteran actor Honnavalli Krishna who have carried off their roles perfectly' says Bhatru.  HE is sure that the audience would be bowled over seeing the on screen chemistry of  Yash and Radhika Pandit Talking enthusiastically about the choice of locations,  Bhatru  said that the locations he had spotted to shoot for the third schedule of the film is quite amazing and he had to think  about some changes in the way he has to shoot for the remaining important sequences of the film.  In this schedule, Bollywood actor Atul Kulkarni who can also speak and understand Kannada will be seen along with Kadhal Dandapaani who are donning the negative roles in the film.  Atul is playing the role of heroine Radhika's father in the film.  Yogaraj Bhat has to complete the action portions of the film in this schedule besides thirty percent of talkie portions.

"Well this schedule may be the most challenging one for me.  I have finished portions which are more humorous and a little bit of entertaining in the first two schedules.  But this third schedule needed lot of preparations for me, as I had to shoot most difficult sequences.   Even the cost needed  for the shooting of the third schedule will be more than the expenditure on the shooting of the first two schedules.   And after editing the shooting portions shot in the two schedules, I had to see that the third schedule shoot will get even a better look as lot of  artists and technicians are involved in the shoot.  And the outdoor spots we have selected is really an amazing aura of  beauty and spectacular in combination.  I am not in the habit of speaking  about my locations, but for Drama I think I have to specially mention about  the efforts I had made to search them which looks a perfect match for the mood of the sequences.    The sequences will not only look rich, but would also make a right impact in reaching out people' said Yogaraj Bhat.

Another point which Yogaraj Bhat underlines is about the quality of Hari Krishna's music which has come out extremely well.   "The music has lot of freshness, energy and it is certainly vibrant.   I think I have to think a lot about the way I have to shoot these songs.  But now I have almost worked out the locations for the shooting' says Yogaraj Bhat.

When asked about whether one song  will be shot in Finland  as  has been revealed by the film's producer Jayanna,  Bhat jokingly said "Is it so,  I  have not been told by Jayanna about this'.  "Jokes apart, I have not made any decision about Finland so far.  I think after the song portions are completely done, I will think about it' said Bhatru.