One Day Bundh Of Film Industry On Saturday 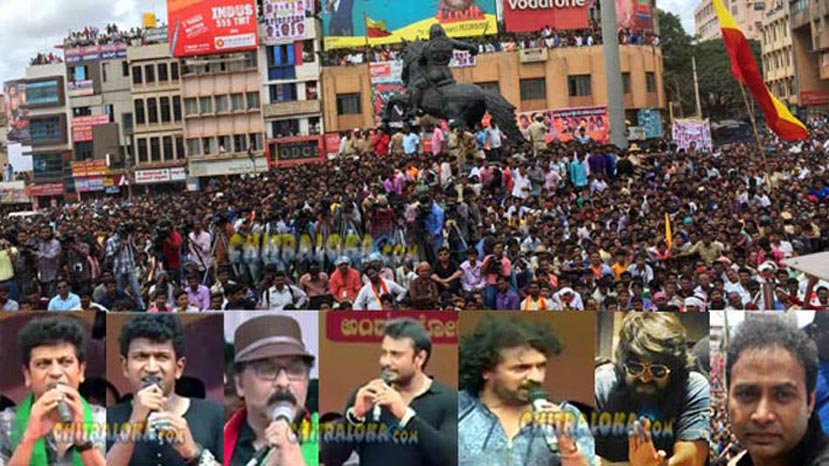 The Kannada film industry has decided to stop all its operations on Saturday in support of the Karnataka Bundh organised by various pro Kannada organisations in Karnataka. The Karnataka Film Chamber of Commerce had held a meeting recently and it was decided there to support the ongoing agitation by farmers.