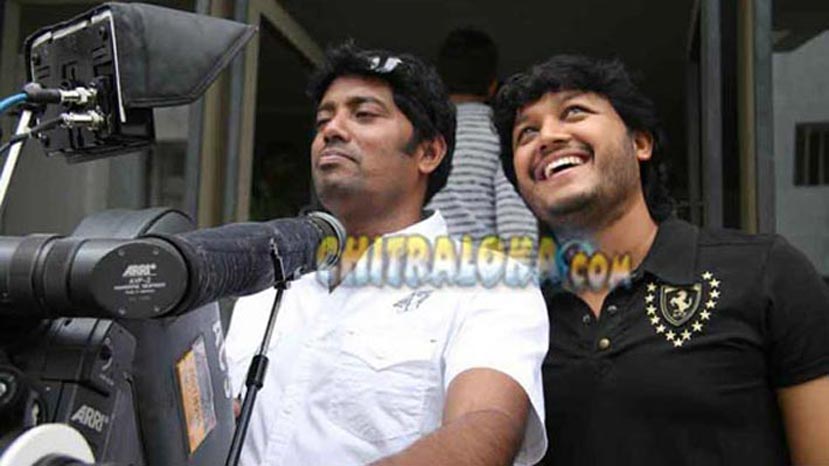 Sunday the 6th February will be the last day of shoot for Golden Star Ganesh starrer Kool directed by actor himself. The most important song of the film was picturised on Ganesh and other dancers in Bengaluru which was choreographed by Vishnu Deva, one time associate to famous dance choreographer Prabhu Deva. It is for the first time that Vishnu Deva is working for a Kannada film.

The song was shot in Hesaraghatta, Abbaiah Naidu studios and Sandalwood studios. Another song which will be an introductory song for the hero was also picturised in Mysore Lamps and other locations a few days earlier. Already the duet songs have been picturised in Jordon for the film.

Talking to Chitraloka Mega Portal, Ganesh said with this song which will be concluding its shoot on February 6, all the shooting portions will be over. "I will be sitting for the final editing of the film with my Edtior Anthony next week and will be finalising the edited product by another two weeks. Then the other post production work like Re-recording, effects, graphics and DI work has to be completed. I am planning to release the film sometime in April or the early week of May' said Ganesh.

Sana Khan is the heroine of this film. Country's famous cinematographer Rathnavelu handles the camera while Hari Krishna is the music director.