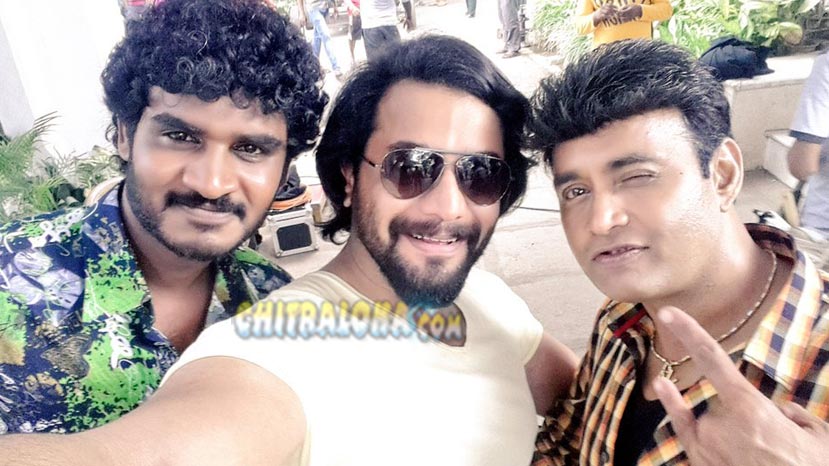 Actor Murali who is looking forward for the shooting of his new film 'Mufti', has silently played a special role in Sharan starrer Raj-Vishnu. Recently, Murali participated in the shooting of the film held in Mysore. Sharan, Chikkanna, senior artiste Srinivasamurthy and others were present at the occasion.

'Raj-Vishnu' is the remake of Tamil hit 'Rajani Murugan' and stars Sharan, Chikkanna, Ambarish, Ravishankar and others in prominent roles. Marathi actress Vybhavi Shandilya has been roped in as the heroine for Sharan in the film. Ramu is producing the film, while K Madesh is the director.