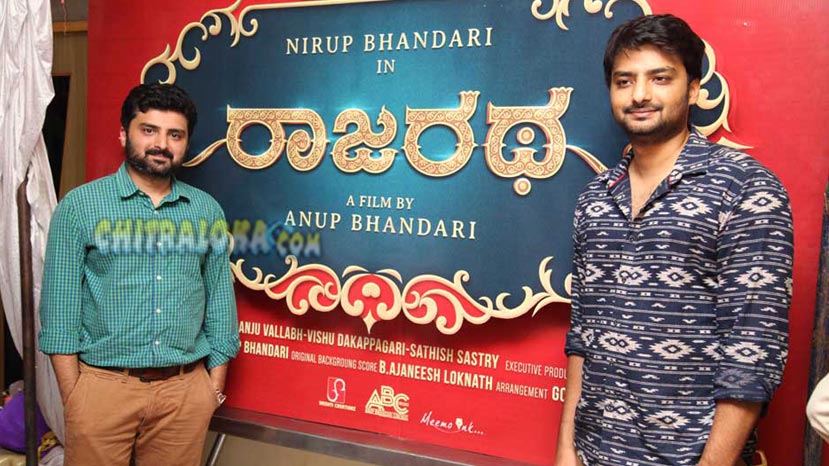 Rangitaranga fame Anup Bhandari had announced that he would be launching his next film on the 1st anniversary or Rangitaranga release. However, the film could not be launched on that day and the film has finally been launched on Sunday at a Ganapathi Temple in Moodalapalya.

Anup's new film has been titled as 'Rajaratha' and stars his brother Nirup Bhandari and Avanthika Shetty in lead roles. Anup says that this film is a romantic comedy and he himself has scripted the film apart from directing it. Anup has also composed five songs for the film.

Apart from Nirup and Avanthika, Ravishankar plays a pivotal role in the film. The shooting for the film is all set to start from the 12th of July in Ooty.