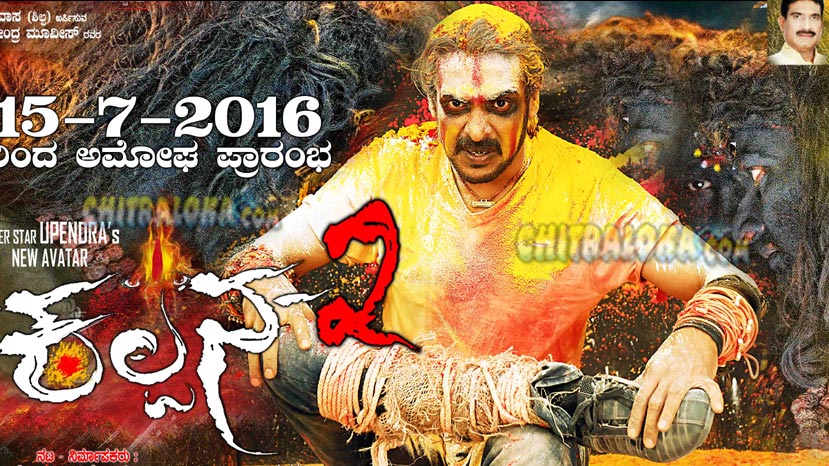 Upendra starrer Kalpana 2 has been censored with A certificate and all set to get released on 15th of July across Karnataka. Kalpana 2 which is a remake of Tamil hit Kanchana 2 was launched in the end of 2015.

Actor-producer K M Rajendra is the producer of the film, while Anantharaju who is known for remakes is directing the film. H C Srinivas is the presenter of the film. Priyamani and Avantika Shetty are the heroines to Upendra in this film. Arjun Janya has composed the music, while M R Seenu is the cameraman.