Mummy - Save Me Trailer Released 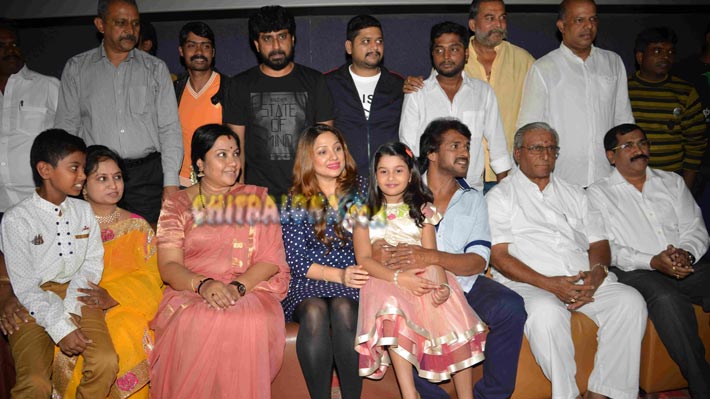 mummy save me trailer launch image

The trailer of Priyanka Upendra and Yuvina starrer Mummy - Save Me was released by actress Tara at the Cinepolis in Bangalore on Thursday night. Actor-director Upendra came late for the trailer release, while actors K S Sridhar, Madhusudhan, Priyanka, Sandeep,producer Ravi Kumar, music composer Ajaneesh Lokanath and others were present at the occasion.

Priyanka plays the role of a seven month old pregnant and apart from Priyanka, Yuvina who played a prominent role in Arjun Sarja's 'Abhimanyu' is seen in another important role. The film is being written and directed by Lohith.

Mummy Save Me Stills - View