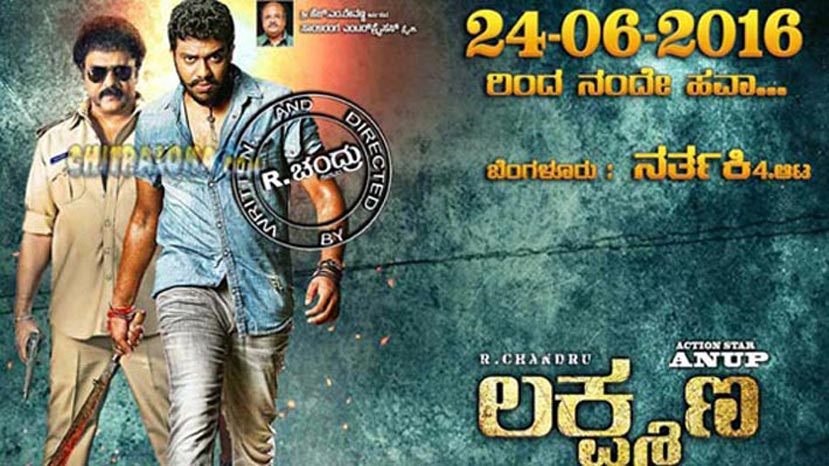 Lakshmana is an extreme action film with the right does of family sentiments and a love story. The plot is perfect for a revenge drama.The film progresses like a tide and with a good buildup towards the end, gives the audience an enjoyable action adventure. The film is a debut of Anup. Director R Chandru has moulded him and drawn a good performance out of him. He is good in action and dance. Though not nuanced in acting, he shows promise for the future. The film is a remake of a Telugu film.

The film starts with the heroine (Meghana Raj) killing a retired cop. She and her uncle are planning to kill many more people. The hero comes to Bengaluru to join college. There is a connect between the two. There is a twist in the story when the hero too starts killing the same people the heroine is after. The suspense is revealed after the interval. Ravichandran appears in the second half and gives the film a boost. Meghana Raj is stellar in her acting. Chikkanna with his comedy wins the hearts.

However, there is lots of bloodshed in the film. It is not for the weak hearted. The background score too is overpowering to enhance the effect. Lots of characters and supporting actors get killed in the sometimes excessive violence. But if you like action films, you can enjoy Lakshmana.