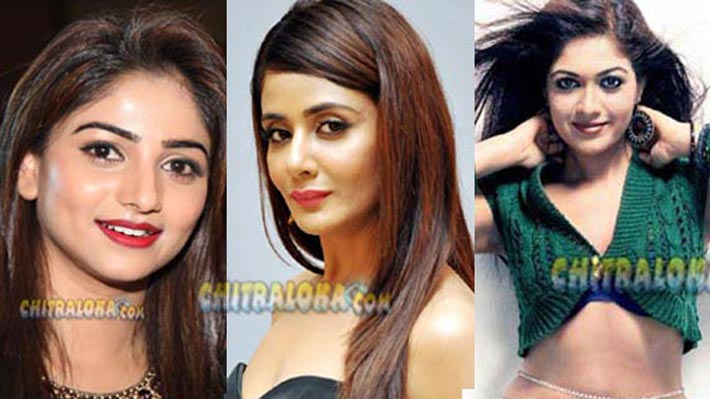 Rachita Ram may not have attended the event for any reason,  but Sandalwood is abuzz that it was because Parul Yadav was given the main award instead of her that she did not go. The event was held in Hyderabad on Saturday and was attended by many stars of the south film industries. The truth will come out only if Rachita Ram speaks out.

But this is not the end of the story. If you look at Aatagara, Parul Yadav is not the 'heroine' in the real sense. When the film was made and released Chiranjeevi Sarja and Meghana Raj was projected as the lead pair. Meghana has kept quite by not speaking directly. But today she endorsed a fan's statement which said that if Aatagara was a hit it was because of Meghana Raj and not Parul Yadav as the former had better performance and screen presence. Now that is a three way fight for the award!!