Fans and Family Must Decide about Vishnu Memorial - CM 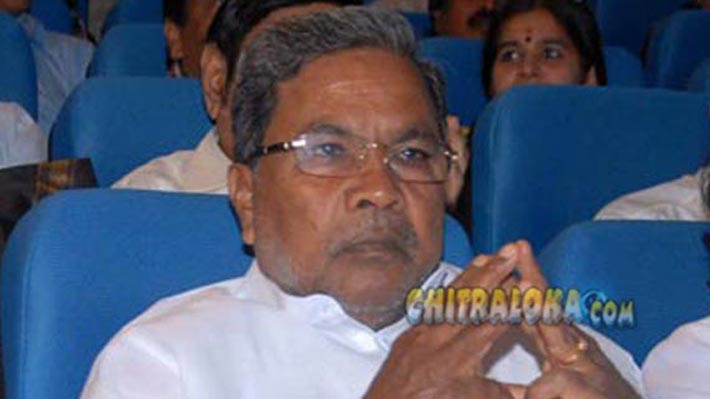 Chief Minister Siddaramaiah on Thursday said that the Government is ready to do anything for the Dr Vishnu Memorial and is waiting for the nod of Dr Vishnu's fans and Bharathi Vishnuvardhan.

Earlier, there was a news that the Dr Vishnuvardhan memorial will be shifted from Bangalore's Abhiman Studio to Mysore. Even Vishnuvardhan's family including Bharathi Vishnuvardhan and Aniruddh had said that it is better to build the memorial in Mysore rather than Bangalore because of various legal problems. But the fans of the actor, protested against it saying that they wanted the memorial to be built in Bangalore. The Vishnu Sena Samithi has been holding a protest in this regard in front of the Mahatma Gandhi statute near Race Course.

When asked about this during the launch of 'Panta', 'We are committed to do anything for the Dr Vishnuvardhan memorial. But it is now up to his family and fans to decide whether the memorial should be. After getting a nod from them, we will continue with the memorial' said Siddaramaiah.