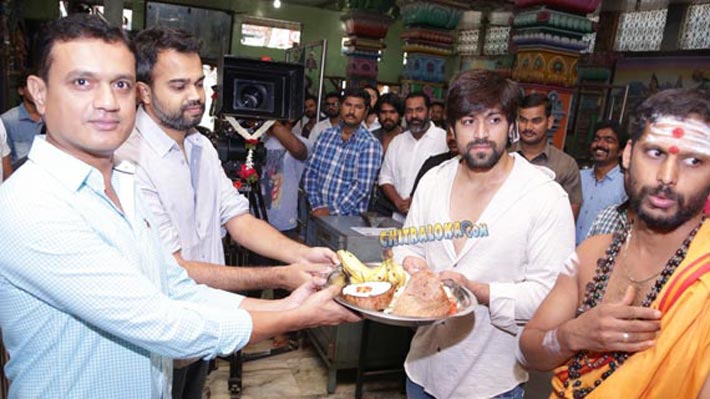 Yash starrer KGF movie which has been billed as the Kannada film with the highest budget and produced by Hombale creations was silently launched today morning at Panchamukhi Ganesha temple in Mahalakshmi layout. Since today was an auspicious day they did the pooja and shooting will start from the month end.

Prashanth Neel who had earlier directed Ugramm is directing KGF.

Yash will join the shooting only after completing Santhu Straight Forward. The film was first announced almost two years ago. The research and pre production work has taken one and a half years. It is said to be based on real life characters of the 1970s.