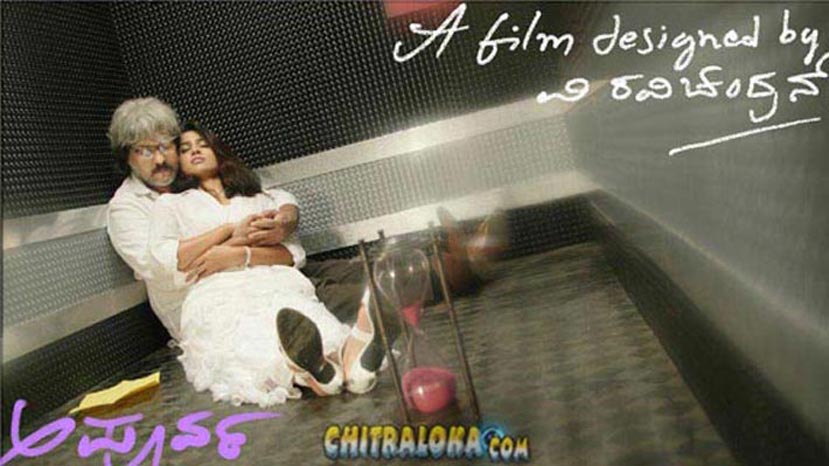 Ravichandran's latest release Apoorva which was released last week across Karnataka has been trimmed off for 20 minutes. The new version is already in the theaters. After watching 'Apoorva there were criticisms that the film in lengthy and Ravichandran could have easily cut some scenes.

Earlier, Ravichandran was little hesitant to cut the scenes as it was very fond to him. But finally he has trimmed the film and is looking forward for a positive response from the audience.