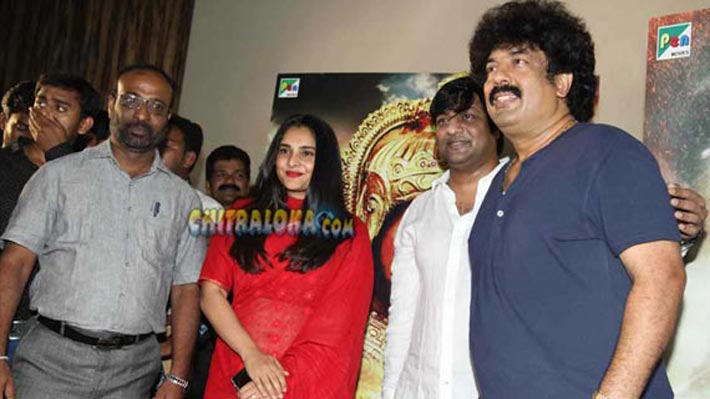 After a long gap Dr Vishnuvardhan's fans were in a joyous mood as the trailer of Nagarahavu was released on Monday night at the Bhumika Theater in Bangalore. Director Kodi Ramakrishna, Peter, actress Ramya, music director Gurukiran, producers Sallauddin and Sajid Quereshi were there for the release of the trailer and the dignitaries found it very hard to release the trailer because the fans of Vishnuvardhan thronged the stage and was eager for the first look of the film.