Here's How Ramya Looks In Nagarahavu 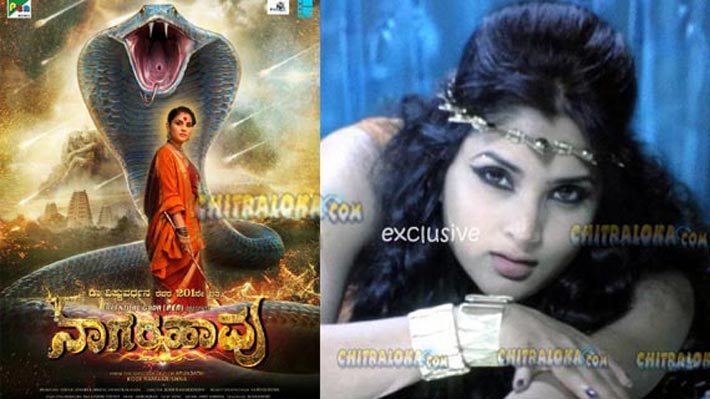 Though Diganth-Ramya starrer Nagarahavu is in news for sometime, the film crew had not divulged any details about Diganth or Ramya or how they look in the film. Now the makers have released the first look of Ramya and this is how she looks in the film.

Ramya plays a snake woman in this film and earlier the film was supposed to be titled as 'Nagakanye'. However, the film has been titled as 'Nagarahavu'. The trailer of the film is all set to be released on Monday night.

Jayantilal Gada of Pen Movies is presenting 'Nagarahavu', while his son Dhaval Jayantilal Gada along with Sohail Ansari has produced the film. Though the film has been directed by well known Telugu director Kodi Ramakrishna, the film is exclusively been made only in Kannada