Nagarahavu Trailer Launch On May 30th 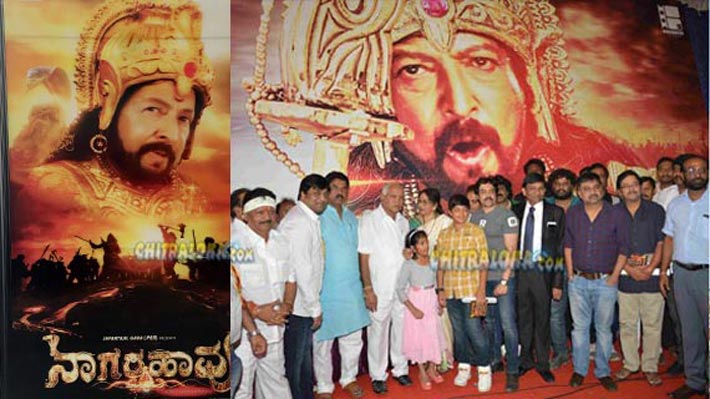 The trailer of Vishnuvardhan-Diganth-Ramya starrer Nagarahavu is all set to be released on Monday night at the Bhumika Theater in Bangalore.The makers have decided to release the trailer at 7.30 PM and the fourth show of 'U Turn' will be cancelled.

The team of 'Nagarahavu' has created Vishnuvardhan through digital head technology for the film 'Nagarahavu'. Vishnuvardhan plays a pivotal role in the film and it is being said that it will be his 201st film in his career spanning four decades