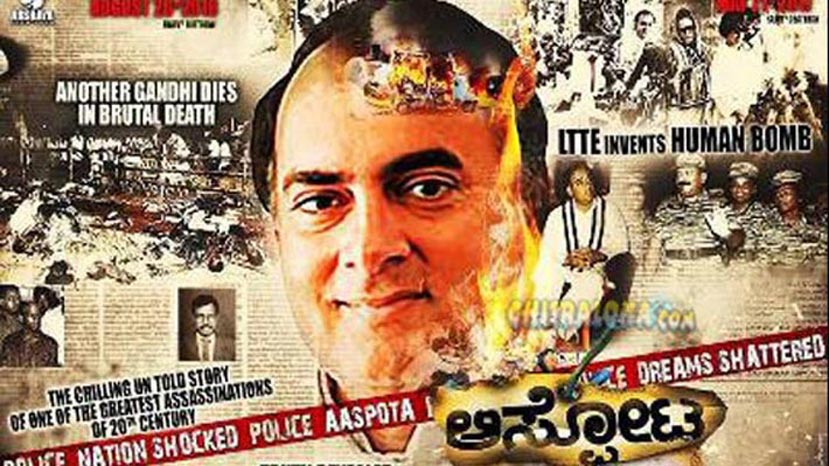 Director A M R Ramesh who is known for his thriller as well as films based on real incidents is back with a new film called 'Aspota'. He himself has written the script for this new film. This time, Ramesh has based this film on the assassination of former Prime Minister Rajiv Gandhi. He already has collected many details about the assassination and has written the screenplay.

Ramesh plans to start the shooting of the film on the 20th of August which is also the day on which Rajiv Gandhi was killed. Ramesh intends to release the film on Rajiv Gandhi's birthday (May 21st) next year.

Deshraj Rai who produced Ramesh's 'Game' has joined hands with him once again in this film also. Sandeep Chowta will be composing the music