Sudeep and Priya Makes a Public Appearance Together 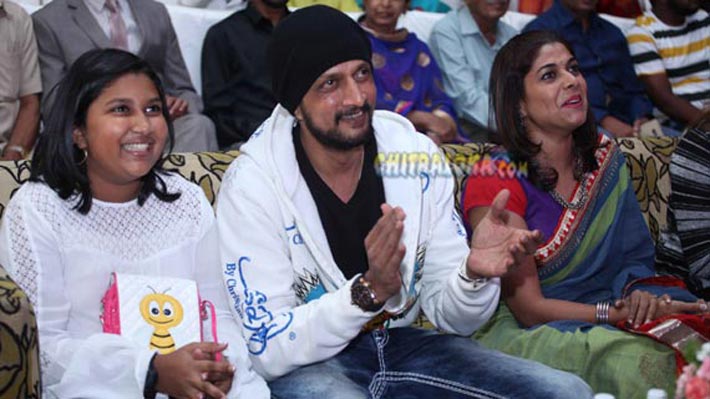 Sudeep and his wife Priya had a family dispute due to some reasons. Meanwhile, the estranged couple appeared before the public together during the audio release of 'Jigar Thanda' which is produced by Sudeep and SRV. 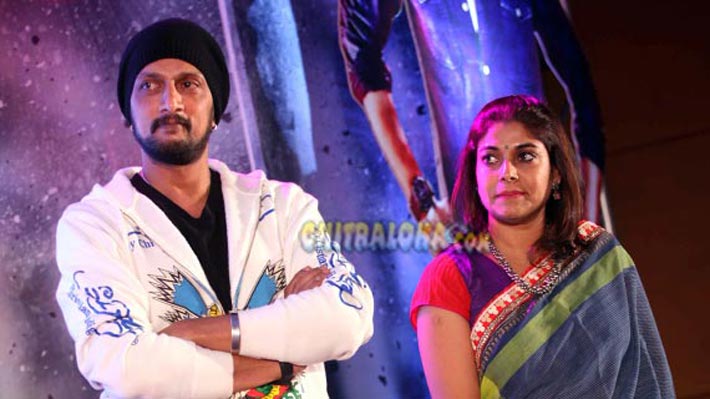 Sudeep had arrived along with Ravishankar for the audio release of the film. Later, Priya Sudeep along with daughter Sanvi entered the event. Sudeep greeted both of them and made way for them to sit. He sat with Ravichandran silently in an other sofa. After some time, due to the insistence of his daughter, Sudeep came and sat along with Sanvi and Priya.

Later, Sudeep and Priya went to the stage and wished the team a huge success.