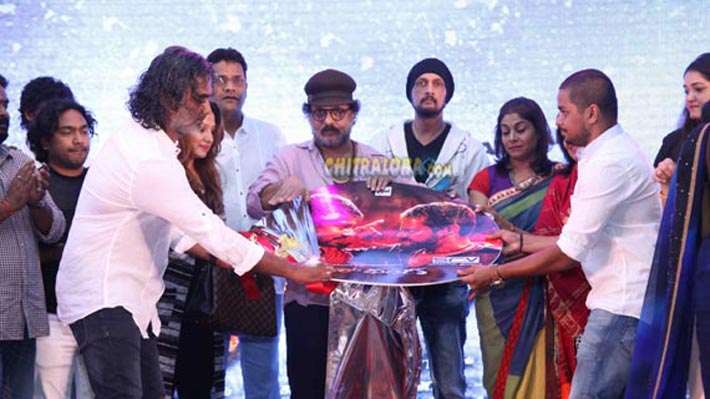 Actor-producer-director Ravichandran on Wednesday night released the songs of Rahul starrer 'Jigar Thanda' which is the remake of Tamil hit of the same name. The songs of the film has been composed by Arjun Janya.

It's a well attended event at the Ritz Carlton in Residency Road and many celebrities from the film fraternity attended the event. Actress Priyanka Upendra, Ravichandran, Sudeep, Ravishankar, Vijay Prakash, Anuradha Bhatt, Chikkanna, Shaam, Arjun Janya, Yogi Dwarkish, K Manju, Sarovar Sanjeev amongst others were present at the occasion.