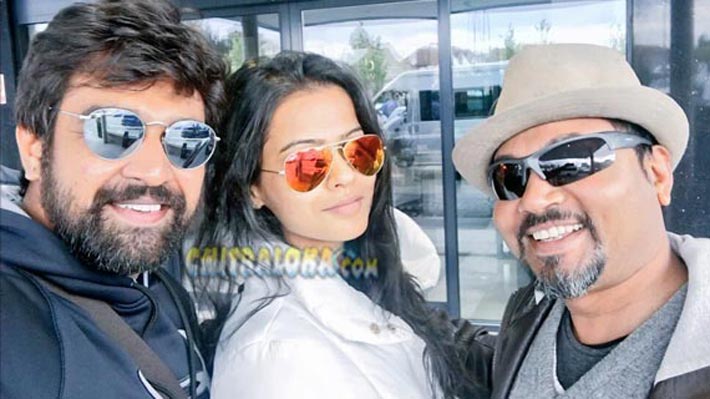 Sharmiela Mandre has joined the mystery film being directed by KM Chaitanya. The shooting for the film is underway in London for the last two weeks. The project is the first Indian-British collaboration. Only Chiranjeevi Sarja and Achyuth were the known cast members of the film.

But on Wednesday, Sharmiela Mandre has joined the team. The title of the film, the producers and all other details are kept a secret. It will be only revealed when the team returns to Bengaluru on May 23, sources said. Interestingly, Sharmiela Mandre's first film Sajni was also shot in London.