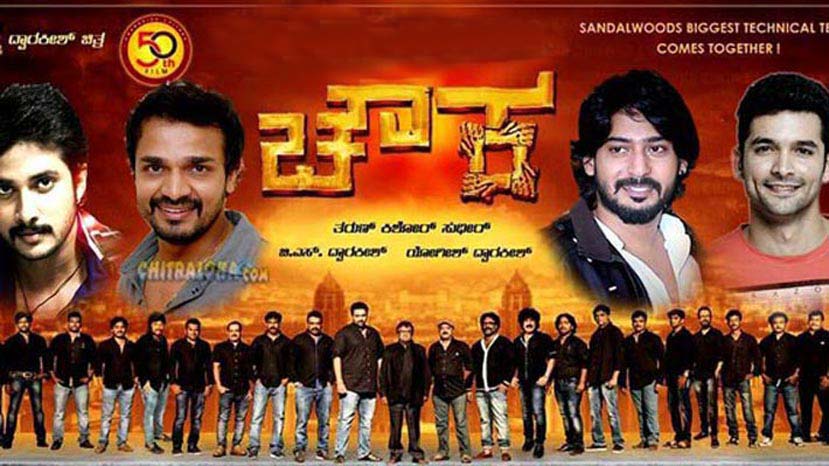 V Harikrishna, Arjun Janya, Gurukiran, Anup Seelin, Sridhar V Sambhram has been roped in as music directors and each of the music director will be composing a song. Apart from that A P Arjun, Suni, Anil Kumar, Chintan and Yoganand Muddan has written the dialogues for the film.

'Chauka' is a multi starrer film with Prem, Prajwal, Diganth and Vijay Raghavendra playing prominent roles in the film. Tarun Sudhir brother of actor-director Nandakishore is all set to be make his debut as a director through this film. Tarun himself has written the story and screenplay of the film.