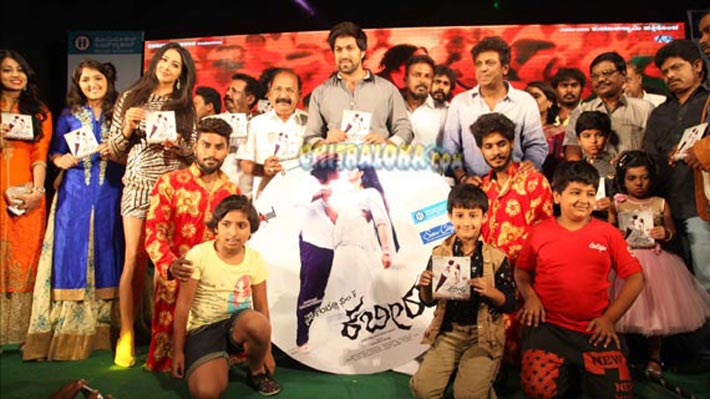 'Rocking Star' Yash on Friday night released the songs of Shivarajakumar's most expected film 'Santheyalli Nintha Kabira' at the Chowdaiah Memorial Hall in Bangalore.  Well known music composer from Bollywood, Ismail Darbar has composed the music for the film. 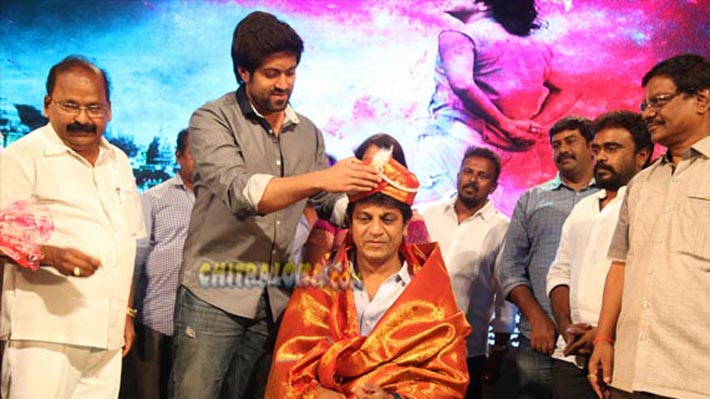 The audio release of the film was a star studded one and many celebrities from Sandalwood including Murali, Sanjana, Vaishal Deepak, Sanusha Santhosh, KFCC Ex-president B Vijayakumar, Umesh Banakar, Anand Audio Mohan was present at the occasion and witnessed the release of songs.

Shivarajakumar was felicitated on this occasion and director Narendra Babu and producer Pattikonda Kumaraswamy thanked all for making this film happen.