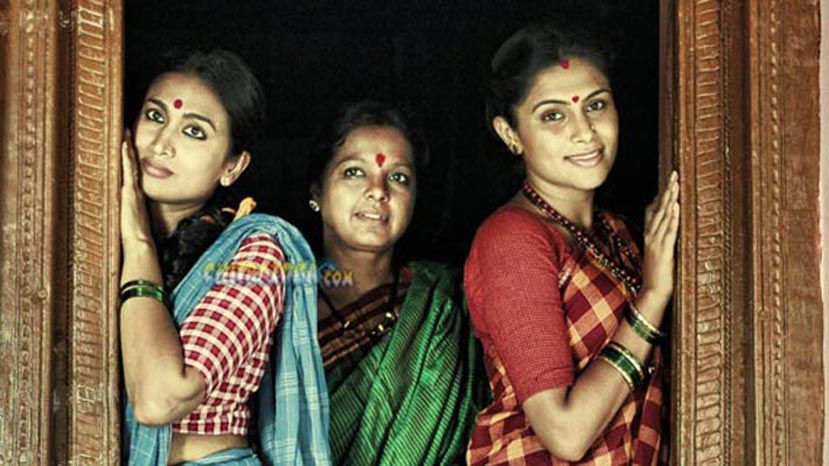 Despite many controversies and problems 'Kiragurina Gayyaligalu' directed by Sumana Kittur has completed a 50 day at the box-office and is running successfully across Karnataka. To mark the occasion, Sumana along with her team is travelling to major cities across Karnataka and is thanking the audience for the film's success. Recently the film team was in Mysore and the team held a press meet and thanked the audience for the success.

'Kiragurina Gayyaligalu' is based on the very famous novel of the same name by Poornachandra Tejaswi. Based on the novel, Suman Kittur and Agni Sridhar has written the screenplay, while Sridhar has written the dialogues for the film also. The film stars Shwetha Srivatsav, Karunya Ram, Manasa Joshi, Sonu Gowda, Sukrutha Wagle, Kishore, Achyuth Kumar, Sharath Lohitashwa and others in prominent roles.