Rs 60 lakhs Spent on the Up Gradation of Babruvahana 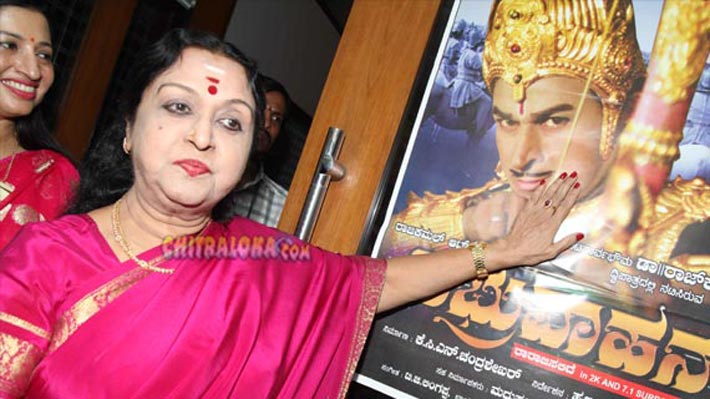 Dr Rajakumar's iconic film 'Babruvahana' which has been upgraded with new technology is all set to be released on the 22nd of April, two days prior to Dr Rajakumar's birthday. The film has been upgraded with 7.1 sound technology along with DTS and DI. While 35 lakhs was spent for the production of the film 39 years back, 60 lakhs has been spent for the upgradation of the film.

On Tuesday afternoon, a special show of the upgraded film was organised by K C N Mohan and veteran actress B Sarojadevi, veteran director Bhargava who had worked as an associate to Hunsur Krishnamurthy for the film and actor Ramakrishna who played the role of Krishna was present during the screening and shared their experiences.