Kanteerava Vs Boss on January 14th 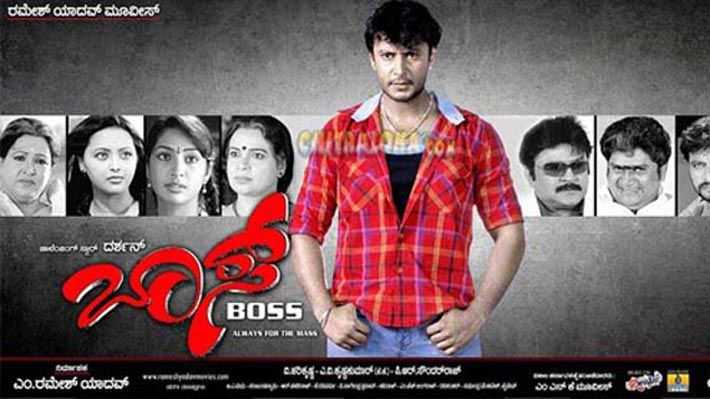 Publication of the date of release notwithstanding, it has now become clear that Darshan starrer Boss directed by Raghu Raj and produced by Ramesh Yadav is all set to be released on 14th January . Sources in Gandhinagar say that the new date of release will be announced in the Sunday newspaper. Which means that the film will be competing with Ramu Enterprises Kanteerava starring Vijay and directed by Tushar Ranganath.

The bitter memories of the contest of Jackie Vs Kichcha Huchcha which were released in a gap of just one day is still fresh, but some how the Kannada film producers have not learnt the lessons. Let us look at the possibility of these two films not competing with each other. Then Kichcha Huchcha would not have fared so badly and the fate of the film could have been different. Let us not make a pre judgement about the quality of the two films that are releasing on January 14, but the experience has taught us that competition will have a negative effect on the revenue that generates for film.

Jackie did not suffer any competition mainly because of the Charisma of the Power Star and the deadly combination it had in the form of Soori, Yogaraj Bhat, Hari Krishna and Sathya Hegde. And the fact that it was an original film unlike Kichcha Huchcha added to its strength.

Now the sequence that occurred in three months ago is being repeated with an original film like Boss getting into a contest with a remake film like Kanteerava whose original film Simhadri was is a blockbuster.

The situation is quite different now. Ramu is always known as a film maker who invests not only money and other resources to his films but showcases his passion in the way he brings out his films unlike other producers who make frame to frame copied films. Though he has made a few remake films from his own banner, it could be seen that his remake films are some times better than the originals. In the case of Boss produced by Ramesh Yadav, the sources in Gandhinagar say that the already censored film will certainly make you sit and notice about its finer points. Its debutant director Raghu Raj is regarded as a talented technician. Perhaps a gap of one or two weeks between these two hugely expected films would be an ideal situation.

But it looks as if both Ramesh Yadav and Ramu are now inclined to release the films on the same day for different reasons.

Let us leave it to the judgement of the people to decide which would they prefer. But certainly I would like to see both the films to be successful so as to give a good beginning for the Kannada film industry in the year 2011.