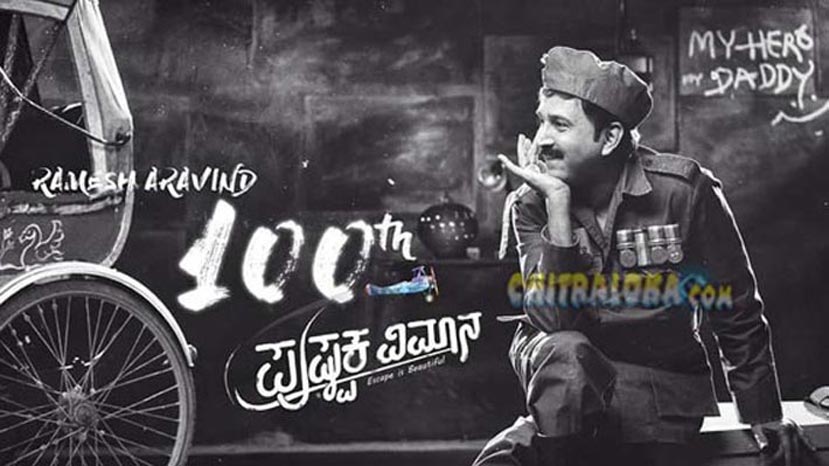 Ramesh Aravind starrer new film 'Pushpaka Vimana' which is based on a Thai film is his 100th film as an actor and Ramesh is happy that his 100th film is a very special film for him.

Ramesh Aravind came to Kannada film industry with K Balachander's 'Sundara Swapnagalu' and has acted in numerous films in five languages. Though Ramesh has acted in more than 100 films in his career till now, 'Pushpaka Vimana' is his 100th film as an actor only in Kannada.

The actor has completed almost his portion in 'Puspaka Vimana' except for a song and will be completing his portion soon.