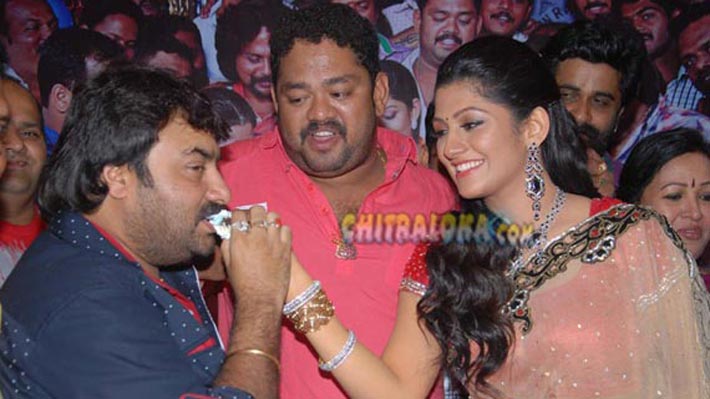 Has Vijay Raghavendra and Radhika Kumaraswamy's latest film 'Namagaagi' been shelved? That's what the rumour in Kannada film industry these days. 'Namagaagi' was launched one and a half years back and the film was in news because the hit pair of Vijay Raghavendra and Radhika Kumaraswamy acted after a long gap. After a few days of shooting, there was no news of the film. Recently there was a rumour that the shooting of the film has been started once again. However, director Raghuram rubbished the news saying that it is a mere rumour.

With director himself saying that there are no efforts to revive the film as of now, there is a rumour that the film has been shelved and the film might not get revived again. What happens next is yet to be seen?