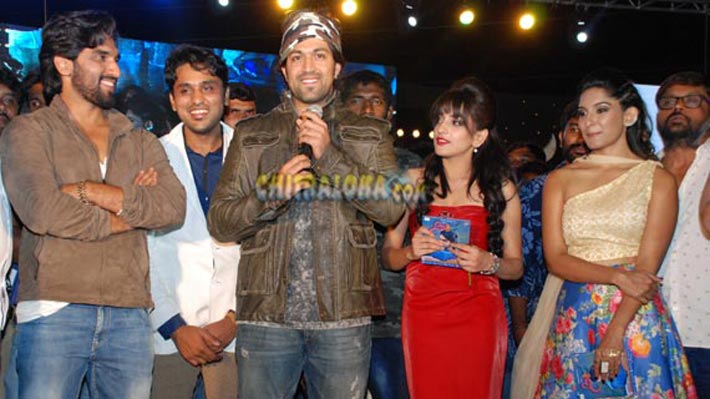 It was a fun filled night at the Dr Ambedkar grounds in Bangalore and many artistes and technicians from the film industry including Vijay Raghavendra, Harshika Poonachcha, Vicky, Anup Bhandari, Nirup Bhandari, Meghana Gaonkar, Chetan Kumar, Karisubbu, Suni and others were present at the occasion.

Aneesh Tejeshwar expressed his happiness to be a part of the film. Aditi Rao, Krishi Tapanda, director Naveen, producer Chetan, music director Ajaneesh Lokanath was present during the audio release of the function.