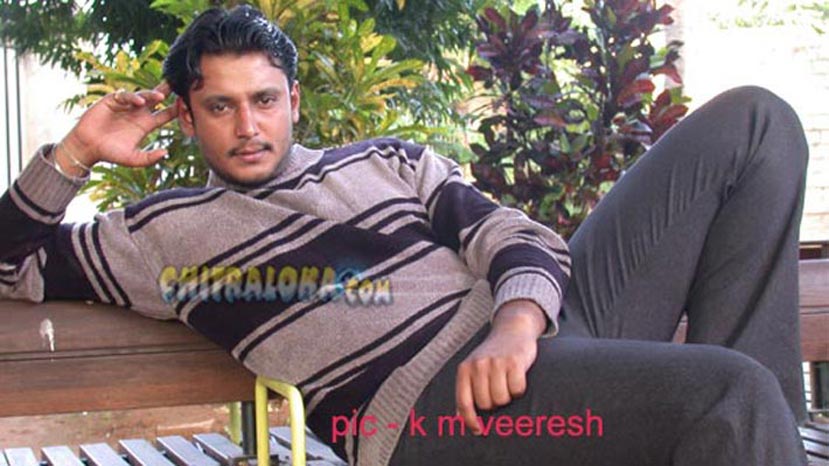 Challenging Star Darshan will be celebrating his birthday on Wednesday in presence of large number of fans and his well wishers along with his producers and directors. The birthday cake will be cut in front of his residence in Raja Rajeshwari Nagar. Darshan will be spending some time with his fans after which he will be attending the shooting of his yet to be completed film Sarathy directed by his brother Dinakar Toogudeepa.

Incidentally the Pooja for Darshan's new film Bul Bul will be taking place on his birthday, sources close to Chitraloka revealed. Darshan will also be working in another new untitled film to be directed by H Vasu and Bheema directed by Om Prakash Rao which will be produced by Ramu. M.S.Ramesh is writing the dialogues for both these two films. Chitraloka Mega Portal wishes the Challenging Star Darshan a happy birthday and hopes that he will have a good year with some fantastic releases. Darshan's forthcoming release include Sandesh Nagaraj's Prince directed by Om Prakash Rao, Dinakar Toogudeepa directed Sarathy, Harsha directed Chigari, Naganna directed Krantiveera Sangolli Raayanna and three new films he will be starting this year. Incidentally Kannada film industry's popular actress Nidhi Subbaiah and young actor Anirudhdh will also be celebrating their birthday on February 16.