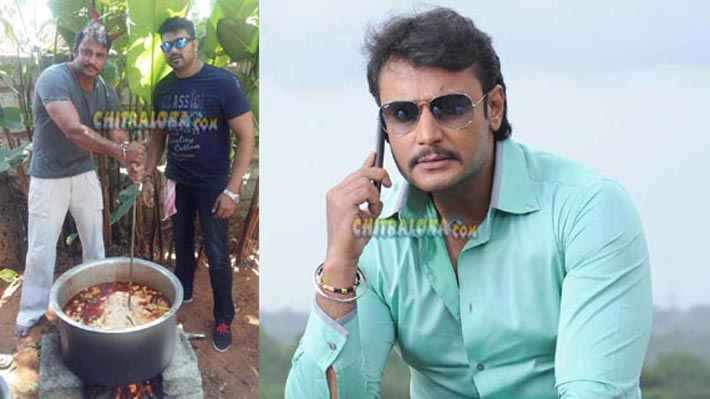 Darshan and his friends are having a blast on Sunday. Darshan, Dinakar, Dharma, Srujan Lokesh and other friends have got together in Darshan's farm near Mysuru for a day party. The actor was seen cooking biryani for his friends in the open in wood fire. Sunday was a break from shooting for Darshan.

He is currently shooting for Jaggu Dada. He had a surprise two days ago when Ambareesh dropped in during shooting. Darshan and friends, including those from the film industry, have regular get togethers in his farm house.