Actor Releasing on Feb 19 at Kapali as Main Theater 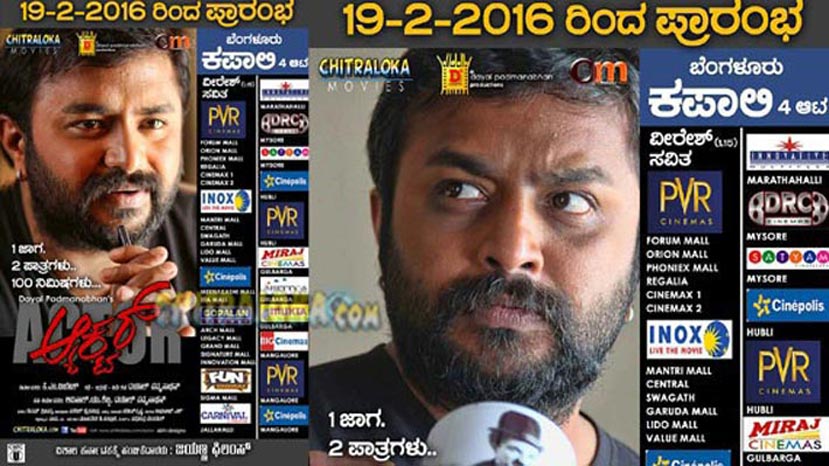 Chitraloka Movies debut film 'Actor' is all set to be released on the 19th of February in Kapali as the main theater. Movie is directed by Dayal Padmanabhan starring Naveen Krishna, Sihi Kahi Geetha in Lead.

Actor is a different movie where Naveen Krishna occupies the screen space more. Naveen Krishna had got a huge appreciation from the film industry as well as film buffs after the world premiere at the 08th edition of the Bangalore International Film Festival being held at the Orion Mall in Rajajinagar earlier in this month.

Actor movie is produced by KM Veeresh and Dayal Padmanabhan and Avinash are the co-producers. Gowtham Srivatsa is the music director and cinematographer is Suresh Bairasandra