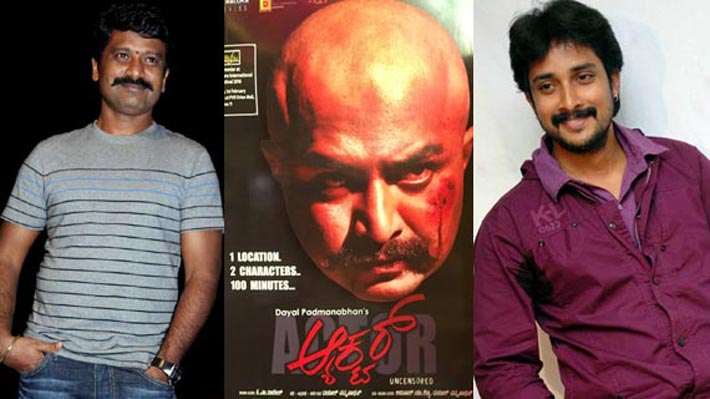 Chitraloka Movies first film 'Actor' has got a overwhelming response from the audience who watched the film during the world premiere at the 08th Bangalore International Film Festival. The world premiere was attended by many well known celebrities from the Kannada film industry and many of the celebrities appreciated the film and Naveen Krishna's sensitive performance in the film.

'Nenapirali' Prem and 'Jogi' Prem was thrilled after seeing the film and both of them said that they would promote 'Actor' when needed. Mythrea Gowda said that she came to the world premiere just after listening a dialogue from the film and she is very much impressed by the film.

Veteran director Bhagawan said that he would talk to Information Minister Roshan Baig and will ask him to purchase such wonderful films directly by the Government and show it to the farmers who have decided to commit suicide. Bhagawan said that the film has a very good message and must be seen by one and all.