Who will Win Bigg Boss 3? 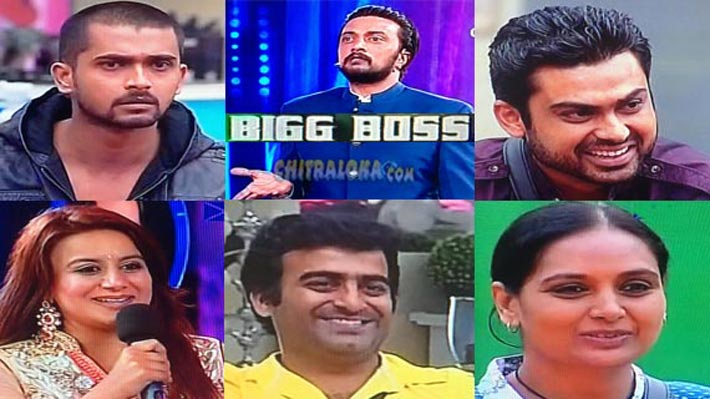 Tonight the winner of Kannada Bigg Boss 3 will be revealed in the show's episode. There is a lot of curiosity about it already as all the five remaining contestants are strong contenders. Not surprisingly four of the five remaining contestants are actors (except for Rehman who is popular because he is a news reader). What are the chances of any of them winning this season? Is it a close fight or is the winner already concluded?

Shruti: The senior-most among the remaining contestants was also given big respect by the others because of this. For many of the contestants she was 'Shruti Amma' in the Bigg Boss show. She got respect by default without even trying for it. Other contestants accepted her as a senior. This made Shruti's job easier in the Bigg Boss house. Though there were some discontent among some contestants about it, Shruti also managed to hold her own. She is a top contender.

Anand: Anand, like Arun Sagar in the earlier edition, was the biggest entertainer and task master. His lively presence and ability to have the spotlight on himself due to his hardwork did not go unnoticed. But we have seen that even in the two previous editions, the popular contestant ended up as runner up. First it was Arun Sagar and second time it was Srujan Lokesh. If the Bigg Boss winning is jinxed, Anand would be at the receiving end.

Pooja Gandhi: She must be the luckiest contestant. She had been eliminated but managed to get back into the house. This made her only stronger. Her being a popular actress helped her avoid elimination most of the times. But will she really reach the top will have to be awaited as she faces really tough challenge from Shruti and Anand. But coming so far in the contest and remaining all 100 days is a big achievement in itself.

Chandan: The handsome star kept a low profile since the beginning of the show in October. But as he gained confidence over the weeks he came into his own. He managed to survive every week due to his adaptabiliy. Now comes the biggest challenge in his career. Though he has not made a big mark in films, the TV star has a big following on television. Can he pull off a surprise in the end is what his fans are expecting.

Rehman: The news-reader turned Bigg Boss contestant is the odd man in the group filled with film celebrities. Rehman has maintained a strong presence throughout the 100 days and it will not be a surprise to anyone if he wins the Bigg Boss 3 event. That has been the kind of involvement he has shown. Even the others contesting against him will acknowledge that he will be a worthy winner.

Chitraloka's take: The first two seasons of Bigg Boss Kannada have seen a predictable path in the end. In the first season, Vijay Raghavendra won it though Arun Sagar was seen as the more interesting option. In the second season it was similar with Akul Balajai winning over Srujan Lokesh. In this season, it will look like a contest between Anand and Shruti. One of the two may win. But you never know. There may be a twist in the end! Let's wait.