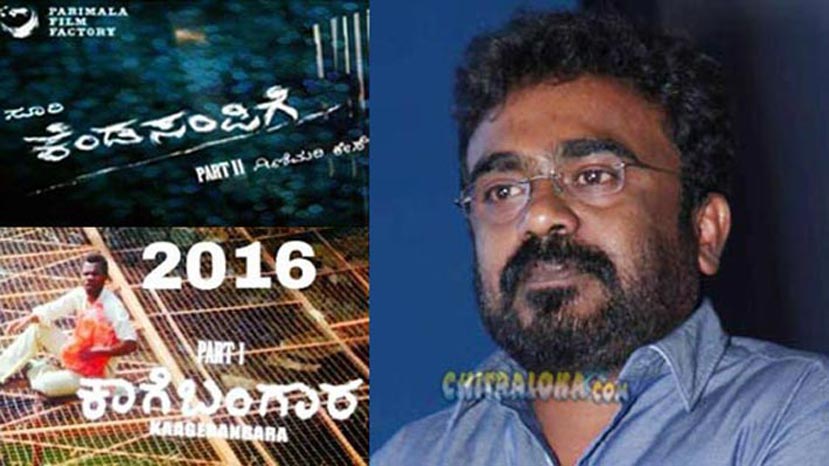 Duniya Suri has started work on the second installment of his Kendasampige trilogy. Some of the shooting of Part 1 of the trilogy named Kaage Bangara has already been shot. The second installment Ginimari Case was released four months ago and completed 100 days recently. Suri is in between shooting for Dodmane Hudga starring Puneeth Rajkumar and said he has started writing the remaining portion of Kaage Bangara script. But shooting will only start after the remaining four songs of Dodmane Hudga are shot next month.

Some characters from Ginimari Case will continue. Some characters that were minor in the second installment will play major roles in Part 1. The trilogy is unique because Part 2 was released first. This is also the first time that a trilogy or series is announced even before the first of them was released.