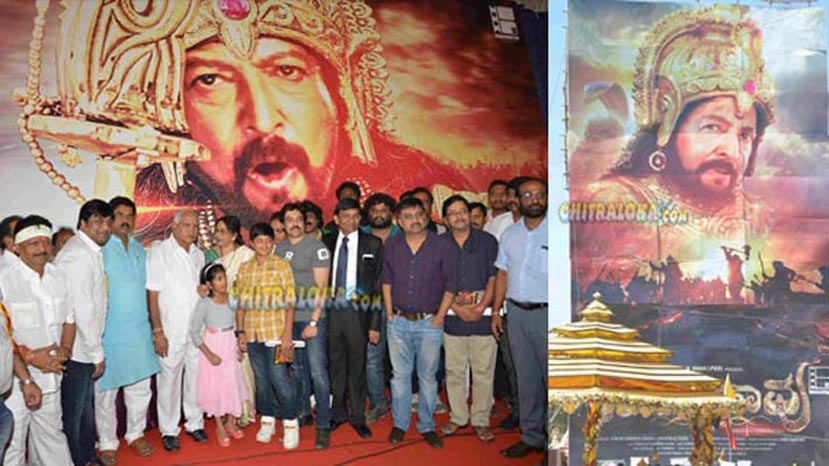 According to that the poster was released amidst much fan fare. Former Chief Minister B S Yediyoorappa, former Home Minister R Ashok, Bharathi Vishnuvardhan, Kodi Ramakrishna, Ramesh Bhatt KFCC's former president B Vijayakumar and others were present at the occasion.