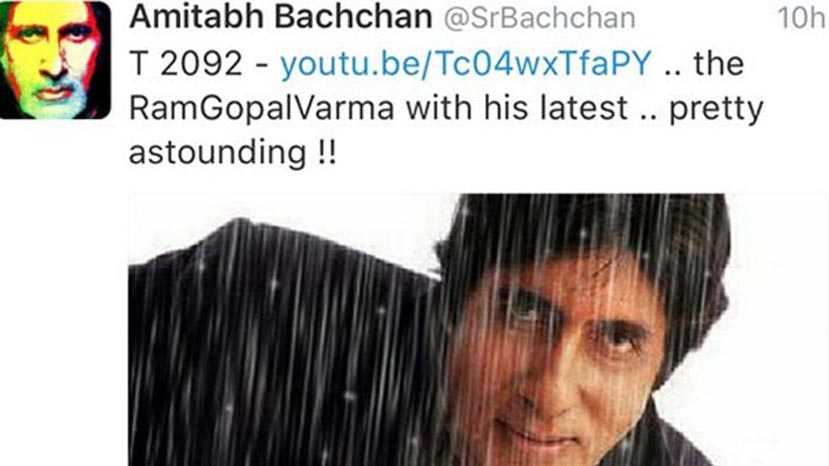 Bollywood superstar Amitabh Bachchan has heaped praise on the film Killing Veerappan. Tweeting the link to the trailer of the film the veteran star has called it "pretty astounding".

Bachchan has had a long working relationship with director Ram Gopal Verma. This is Verma's first film in Kannada but the trailer has no dialogues or voice over. The film stars Shivarajkumar and Parul Yadav among others and is scheduled for a January 1 release.